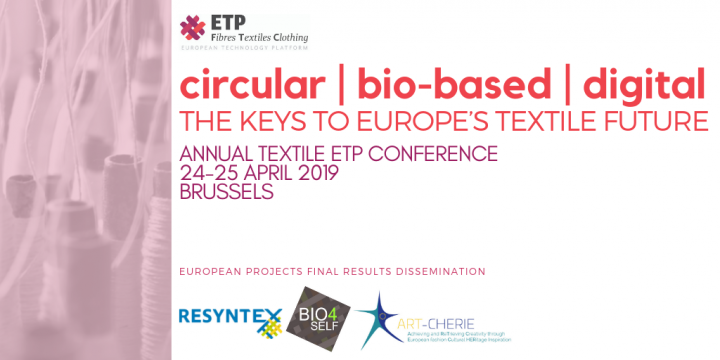 The next Annual Textile ETP Conference and General Assembly will be held in Brussels on 24-25 April 2019. The Conference is entitled "Circular - Bio-based - Digital: the Keys to Europe's Textile Future". The 2-day event will feature industrial, scientific and political keynote speeches as well as final results dissemination sessions of EU projects RESYNTEX, Bio4Self & ArtCherie as well as presentations from further EU projects.

The Annual General Assembly will be held in the evening of 24 April. Major points on its agenda will be the adoption of the new ETP Strategy and the election of a new President and Vice-President team.