Founded in 1959 by Leo Van Malderen, Luxilon is a world leader in the production of high-tech filaments for aerospace, medical sutures, and high-performance strings for tennis rackets, all of which are protected by patents.

In January 2020, a patent application for a “monofilament string for use in string racket sports” developed by Luxilon was published as EP3597799.

Why inventing yet another tennis string?

Luxilon solved the "ball control issue" many beginning players are struggling with, by filing a patent for tennis strings based on the "island in the sea" technology!

Today’s strings for tennis rackets are mostly based on polymers and designed as a monofilament. Monofilament strings usually consist of a single thread of polyester with a thin outer protection and finishing layer. Even though these strings demonstrate a higher durability, they are often experienced as stiff, especially by beginning tennis players. It is generally accepted that monofilament strings allow for a better ball control when being used by hard hitting professionals. Of course this is of no use to mere beginners. Moreover, monofilament strings also tend to quickly lose tension, resulting in less control as the string starts feeling ’loose’. This increases the difficulty for a tennis apprentice.

The picture and claim below are extracted from EP3597799, describing the core of the developed tennis string. 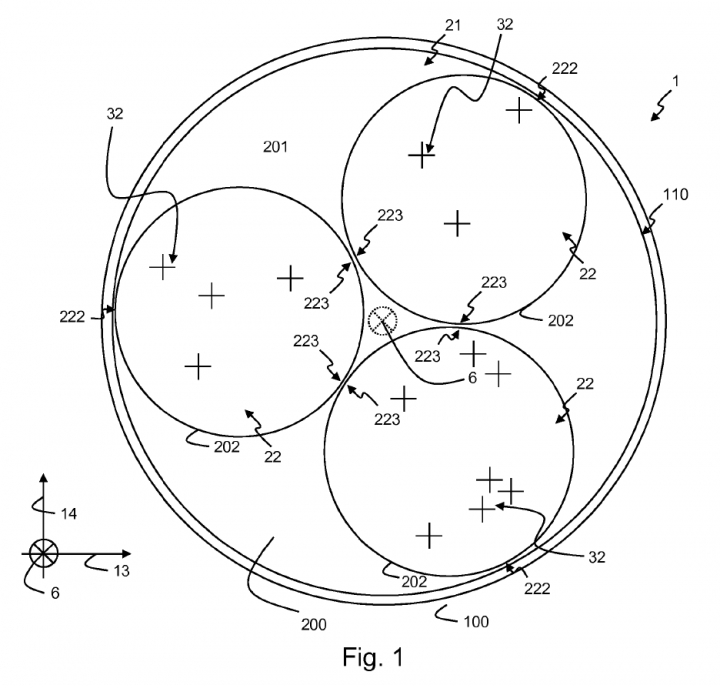 A monofilament string (1) for use in string racket sports, wherein said monofilament string (1) comprises: - a covering material (100); - a core material (200) embedded in said covering material (100), wherein said core material (200) comprises: + a sea region (201) comprising a thermoplastic elastomer (21); and + a plurality of island regions (202) comprising a thermoplastic plastic (22) doped with one or more doping agents (32), wherein said plurality of island regions (202) is embedded in said sea region (201); and wherein a geometry and/or a distribution of said island regions (202) in said sea region (201) is such that a tangent modulus (3) of a stress-strain curve (4) of said monofilament string (1) increases with increasing strain in a playing stress range (5).

If your company has interesting published patent applications regarding your material and product development, contact our Patent-Cell. We'll be happy to spread the word.