On average, 5% of hospitalised patients are affected by healtchare associated infections, or 4.1 million patients per year in the European Union. Every year, 37.000 deaths are caused by this kind of infections.

Infectious agents can be transmitted during surgical procedures in operating theatres and other medical settings in several ways. One of the important sources are the noses and mouths of the surgical team. When breathing, speaking, coughing or sneezing, a person releases smaller or larger amounts of droplets of secretions from the mucous membranes in the mouth and nose. Those droplets quickly evaporate and leave nuclei suspended in the air. Nuclei can subsequently spread through the air to a susceptible site such as an open operating wound or sterile equipment, or can be inhaled if dimensions are very small.

A surgical mask is a medical device covering the mouth, nose and chin ensuring a barrier that limits the transition of an infectious agent between the hospital staff and the patient. It was originally developed to contain and filter large droplets of microorganisms expelled from the mouth and nasopharynx of healthcare workers during surgery, thereby providing protection for the patient.

The main objective of wearing a surgical mask is to protect the direct environment of the wearer from contamination.

Manufacturers have to characterise and classify their surgical face masks in type I or II for the European market and in level 1, 2 ot 3 for the American one.

Centexbel has the equipment and knowledge to help the industry in both markets and is actively involved in the harmonisation effort of both standardisation systems.

Evaluation of surgical masks in Europe

In Europe, surgical masks must wear a CE-mark and comply with the requirements defined in EN 14683: Medical face masks - Requirements and test methods.

The standard defines surgical masks as: medical devices, covering the mouth, nose and chin ensuring a barrier that limits the transition of an infectious agent between the hospital staff and the patient.

In respect of the performances, the mask is tested as a final product and has to comply with different requirements.

The classification of the masks is based on the results from the following tests:

Because surgical masks are considered medical devices of class I, the manufacturer has to run a risk analysis and additional tests if needed to respond to the European Medical Device Regulation 2017/745.

There are no requirements regarding barrier against inert particles.

Evaluation of surgical masks in the US

The FDA has drafted standards to which manufacturers have to comply in order to receive a licence to sell the products on the market. The same standards apply to surgical masks, procedures, isolation, dental interventions and laser treatments.

The FDA strongly recommends that the manufacturer clearly indicates the use of the product on the package.

The masks are submitted to the same tests as the ones described in the European standard EN14683, except that the FDA also prescribes the measurement of filtration efficiency regaring inert particles (latex) and fire tests.

The US standard ASTM F2100-11 Standard specification for performance of material used in medical face masks describes the tests and requirements with which the materials have to comply that are used to produce the masks. Several tests are not run on the final product, but on the different materials have to be tested together in the way they will be used in the final mask.

The performances of the materials composing the mask are evaluated by five tests :

According to the results, the masks are classified in three levels. 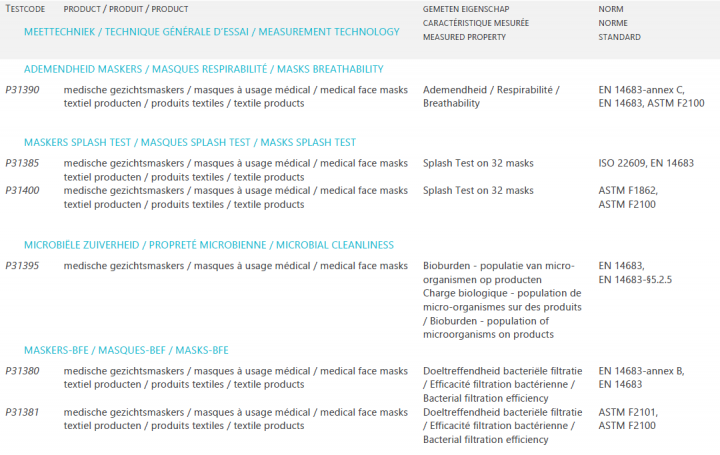 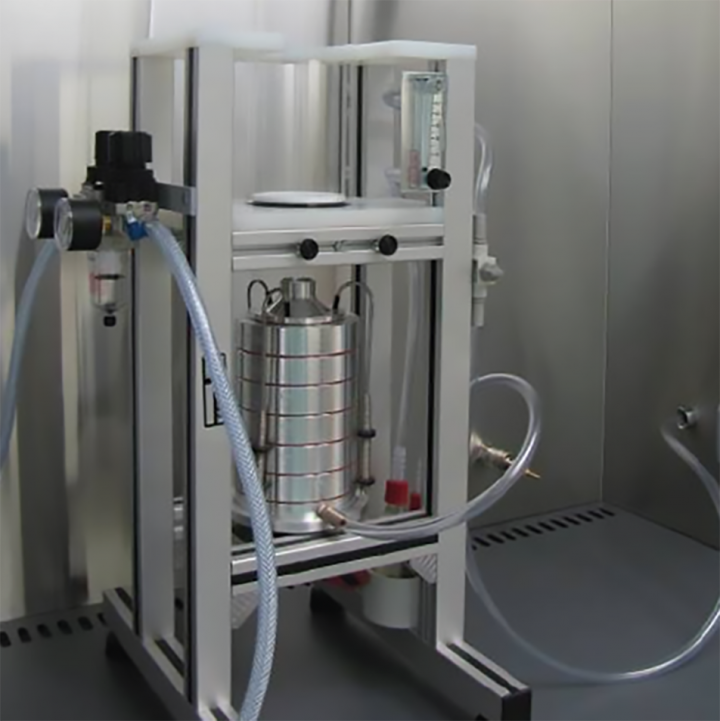 The EN 14683 standard method measures the effectiveness of a surgical mask in capturing aerosol droplets containing bacteria. The filtration efficiency depends on the particles or bacteria size, the air flow passing through the mask and the surface properties of the particles.

A specimen of the mask is inserted between an impactor and the chamber where the bacterial aerosol is produced. The bacterial aerosol (Staphylococcus aureus) arrives in the chamber "aerosol", goes through the specimen and is recuperated on Petri dishes placed in the impactor.
The efficiency of filtration of the mask is given by the percentage of bacteria that are stopped by the mask specimen, compared to a trial performed without specimen.

Depending on the type of facial mask, the required filtering levels are ≥ 95 % or 98%. 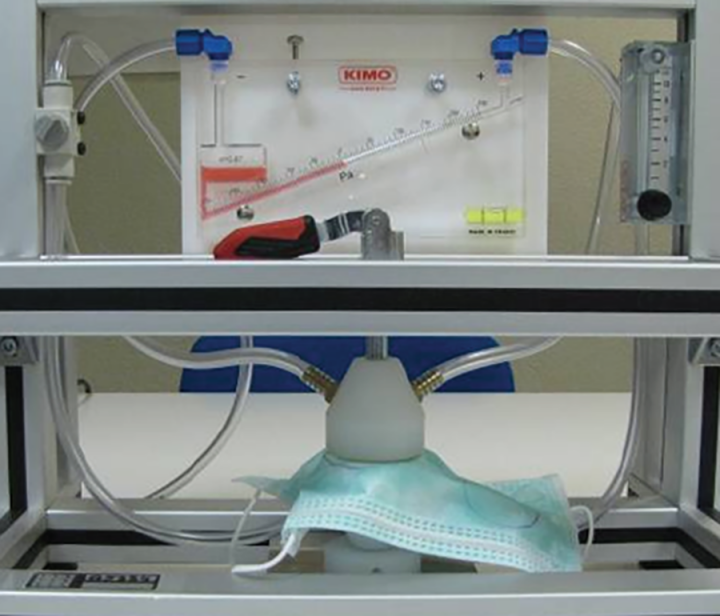 The breathability of a surgical mask or its properties to let air through depends on a series of parameters such as the nature of the textile, the applied finish, the number of layers or its thickness. 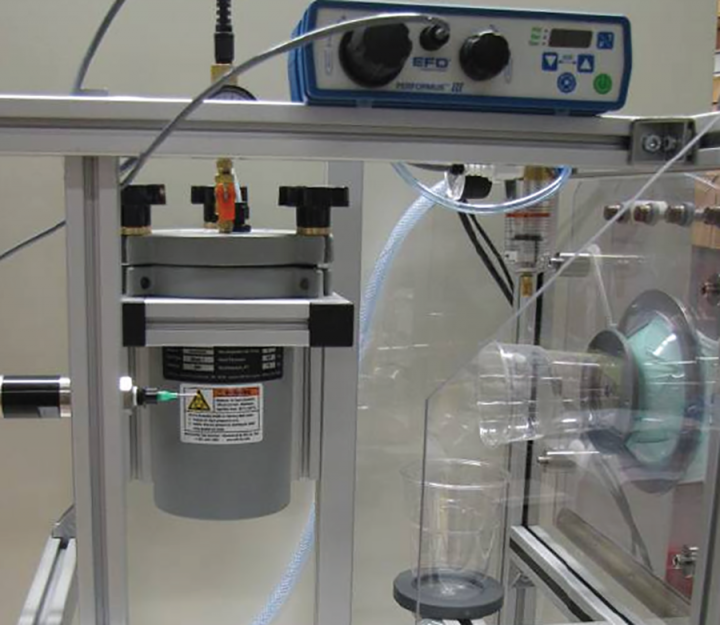 This test method is used to evaluate the resistance of medical face masks to penetration by the impact of a small volume (~2 ml) of a high velocity stream of synthetic blood. The impact speeds and volumes of synthetic blood are chosen to simulate different scenarios in the operating theatre.

Prior to the test, the masks are conditioned over a period of four hours in a very humid environment (85% ± 5% at 21°C ± 5° C) to simulate the conditions of use corresponding to the humidity created by the respiration of the wearer of the mask. Medical facemasks pass/fail determinations are based on visual detection of synthetic blood penetration.

Samples to be sent to: Centexbel - Grâce-Hollogne