In view of the ebola and other epidemics

During and following the Ebola epidemic in West-Africa, the use of specific personal protection equipment against infectious diseases has rocketed. Also medical staffs in Western hospitals are aware of the fact that the conventional shirts and aprons no longer suffice to protect themselves against these types of lethal viruses. Hermetically sealed suits complying with the most severe requirements are needed. Centexbel is fully equipped to analyse these PPE and is a worldwide acknowledged expert in the evaluation of protective clothing against these infectious diseases.

If the garment can be cleaned and reused at least five times, than the materials of which it is made have to be submitted to five cleaning cycles before the actual testing procedure takes place.

The four tests differ according to the nature of biological hazard (bacteria or viruses) and the source of contamination (particles, humidity or aerosol).

Test method ISO 16604 indicates the protection level against the penetration of viruses carried by blood and is mostly preceded by a visual screening of the resistance to penetration by blood according to ISO 16603. The latter determines the maximum pressure (between 0 and 20 kPa) on a specimen to be tested according to ISO 16604 during 5 minutes. The test results are translated into a classification between 1 and 6 (6= passing the test under a pressure of 20 kPa).

The test according to ISO 22610 determines the protection level against the penetration of bacteria by mechanical rubbing under humid conditions. During 75 minutes, the sample is exposed to a bacterial contamination under a light mechanical charge and humid. The test results are translated into a classification between 1 and 6. Level 6 corresponds to the absence of any breakthrough after 75 minutes.

The protection level against penetration of aerosols contaminated with bacteria is tested according to ISO/DIS 22611. This tests determines the resistance of a material against penetration by a bacteria infected aerosol through a comparing membrane filtration under low pressure. The test results are translated in a classification between 1 and 3, with level 3 corresponding with a penetration of less than 0,001%.

ISO 22612 determines the protection level against particles contaminated with bacteria. A specimen is dusted with a small amount of talc powder and placed on a vibrating plate during 30 minutes. The test results are translated into a classification between 1 and 3, level 3 corresponding with the penetration of less than 10 contaminated particles.

The seams have to comply with the relevant requirements of EN 14325 and also the seam resistance is classified according to this standard.

Applicable standards according to clothing type 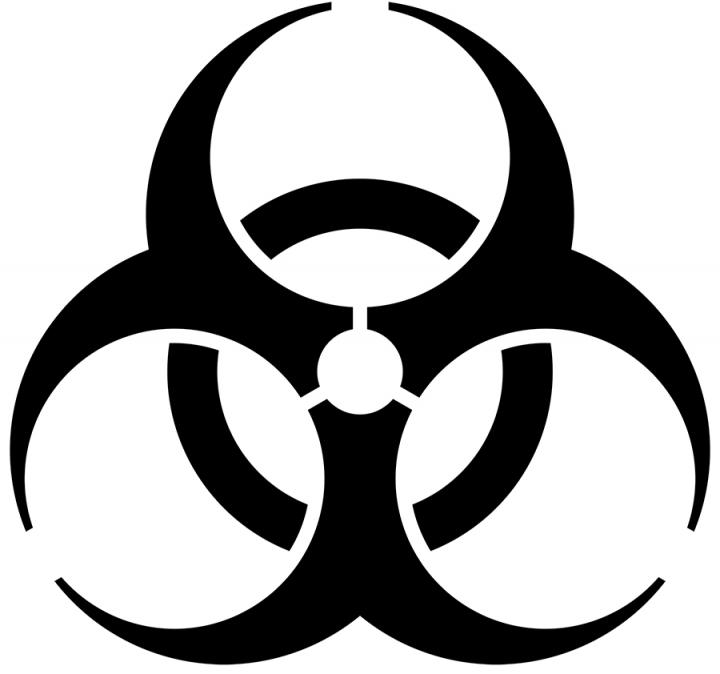 In addition to the requirements concerning the marking of the corresponding type of clothing for protection against chemical hazards, the clothing shall be indicated by adding a suffix “-B”, e.g. type 4-B and by using the appropriate pictogramme.

Send you samples to