The biocompatibility of a material refers to its ability to be tolerated by a living organism, especially when the material is close to the skin or present within the organism (prosthesis). This condition prevents the material from causing allergic reactions or from being rejected by the immune system.

Assessment of the biocompatibility of textiles

Flow cytometry is a laser- or impedance-based, biophysical technology employed in cell counting, cell sorting, biomarker detection and protein engineering, by suspending cells in a stream of fluid and passing them by an electronic detection apparatus. It allows simultaneous multiparametric analysis of the physical and chemical characteristics of up to thousands of particles per second. 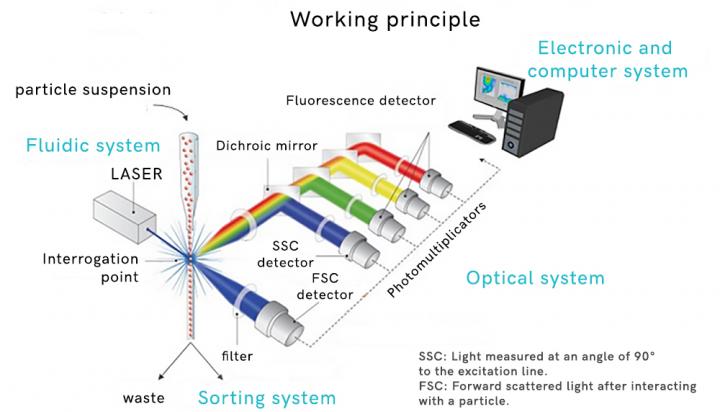 Biocompatibilty is the extent to which materials can be used together or the extent to which a foreign material does not influence or deteriorate the biological environment in which it is inserted or brought into contact with. Medical textiles have to comply with increasingly severe requirements in the field of biocompatibility.

Centexbel developed a test method to use the flow cytometer to perform in vitro biocompatibility tests as an alternative to the much disputed in vivo tests.

Send your samples to: