An econometric analysis carried out on behalf of the FPS Economy clearly shows the leverage effect of intellectual property rights (IPR). They stimulate not only internal performance but also the productivity of the companies that use them. In addition, they promote employment in these companies and have a positive effect on their own growth and that of Belgium.

Companies with IPR account for 23.7% of total employment in Belgium (2019), while they represent only a fraction (5%) of the total company population.

Companies with IPR have a higher employment growth of about 2.5%

This study examined the patents, trademarks, designs and plant breeder's rights of 15,193 Belgian companies for the period 2010-2019. Together, they registered 82,190 intellectual property rights (IPR), with an average of 5.4 per company. These characteristics of companies with IPR were then compared to 47,4315 companies without IPR. Both average and compound growth rates, as well as the productivity of the companies, were examined.

The results of the study 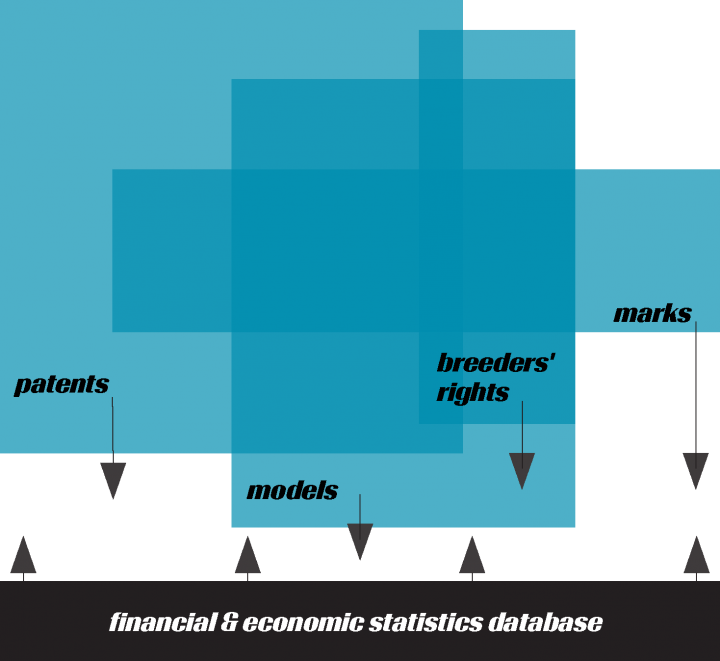 In the Belgian IPR landscape, trademark rights predominate. The coverage in terms of geographical validity differs depending on the form of the intellectual property right. For designs and plant breeders' rights, the emphasis is on European validity, whereas the coverage of trademark rights is more national. For patents, there is a more even distribution between national and international areas of validity.

Companies active in IPR in Belgium are relatively old, with an average age of 20 years. Holders of design rights are on average older than holders of other forms of IPR. The 'retail and wholesale' sector is the most strongly represented among the companies active in IPR in Belgium. This is mainly due to the large share of trademark owners, in which this sector is predominant. Patent and design owners are also clearly present in the industrial sector.

No less than 84% of the companies active in Belgium in the area of intellectual property rights are SMEs, which have a very high share, especially among trademark owners. This strong predominance is somewhat less pronounced among patent holders. The average age of IPR-active SMEs is 19 years, while large companies are considerably older with an average age of 34 years. These SMEs are mainly active in the retail and wholesale sectors, while large companies are more active in the industrial sector.

The observations point to a leverage effect of IPR, not only for internal business performance, but also for the Belgian economy as a whole. The size of the IPR portfolio is related to productivity within a company, and the scope of the portfolio is related to growth. This leverage effect on business performance is particularly pronounced for SMEs compared to large companies. Moreover, companies with intellectual property rights account for 23.7% of total employment in Belgium (2019), while they represent only a fraction of the total business population. Moreover, Belgian companies active in IPR produce a higher gross value added per employee than Belgian companies without IPR.

IPRs: IPR owners experience employment growth of about 2.5% higher than non-owners. This is a general observation, but even more pronounced for SMEs.
These positive effects of IPRs do not occur in the relationship with productivity

At the macro level of the Belgian economy

The following illustration then shows the share of firms with IPR in the total number of firms in the province. It should be noted that the Brussels-Capital Region, Walloon Brabant and East Flanders have the highest percentage of firms with IPR. 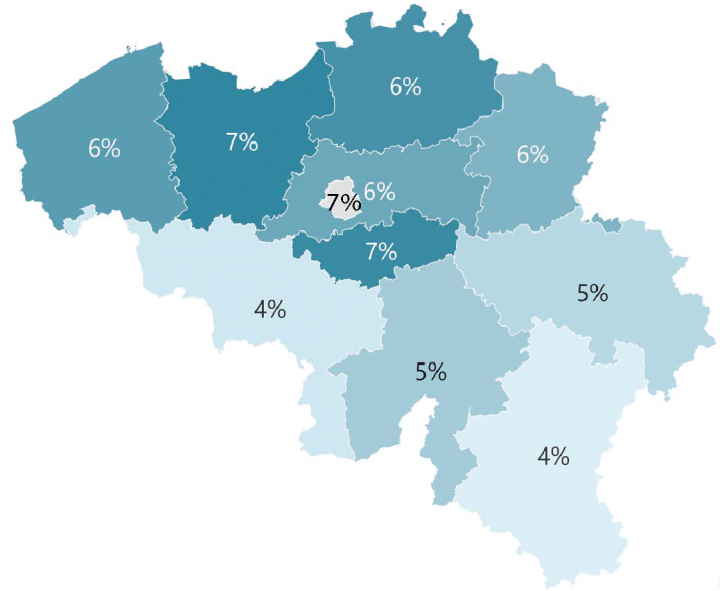